This is part of the CMBA Forgotten Stars Blogathon. Be sure to check all entries! 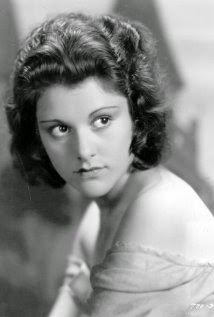 Lillian Roth (1910-80) wasn't the first performer to struggle with alcoholism and mental illness.

But she was, arguably, the first one to make her fight public and reignite her career in the process, long before the world had heard of Shia LaBeouf or Lindsay Lohan.

Born Lillian Rutstein in Boston, Roth was a child performer and model. Her first professional job came in 1916, when she posed for the trademark of Educational Pictures, and by 1917 she was appearing on Broadway at night and working by day as an extra at the Samuel Goldwyn Studios over in Fort Lee, New Jersey.

By the mid-1920s, Roth was a regular in vaudeville (where she introduced songs such as "Ain't She Sweet" and "When the Red, Red Robin Comes Bob-Bob-Bobbin' Along") and in such shows as "Artists and Models," "Earl Carroll's Vanities" and Florenz Ziegfeld's "Midnight Frolics."

Movies followed -- Roth made her film debut in 1929's "Illusion," and for her next film appearance she hit the jackpot, working with Ernst Lubtisch and appearing with the likes of Maurice Chevalier, Jeanette MacDonald and Lupino Lane in "The Love Parade."

As Lulu, the amorous lady-in-waiting to Queen Louise (MacDonald), Roth pairs off with Lane, and their scenes together are every bit as enjoyable as those between the leads. Roth has a likably brash comic manner and a strong, clear voice in the manner of Ethel Merman, and Lane has a great eccentric stiff-legged dancing style.


In subsequent films, Roth more than held her own against two forces of nature -- the Marx Brothers in 1930's "Animal Crackers" and Barbara Stanwyck in the 1933 film "Ladies They Talk About."

The latter is a personal favorite. It's a pre-code stocked with bizarre goodness, especially in the scenes where Stanwyck does time in stir for her part in a bank robbery. Roth plays Linda, who introduces Stanwyck to the madwomen, murderers and madams she'll be sharing space with in the jug.


"Ladies They Talk About" revolves around Stanwyck, but Roth gets a few moments to herself. In this scene, for instance, it's almost lights out, and she sings "If I Could Be with You" to a photo of Joe E. Brown.


And, for good measure, here's a 1933 animated short with Roth singing "Ain't She Sweet."


Turns out that 1933 was a peak year emotionally and professionally for Roth, with several film appearances and an engagement to her agent, David Lyons. But Lyons' death that same year from tuberculosis triggered Roth's alcoholic spiral, further fueled by deep feelings of inadequacy. As she told Mike Wallace in a 1958 interview:

"I guess it's something that stems from my childhood. I've never quite felt up to the many amazing things that happened to me. I've never felt at school that I was as pretty as the next child, or as clever as the next child, and anytime anything happens to me, I just thought it was luck. And that was mostly all through my life, and if I did a performance and the audience were wonderful to me, I thought it really wasn't good enough, it could have been better." 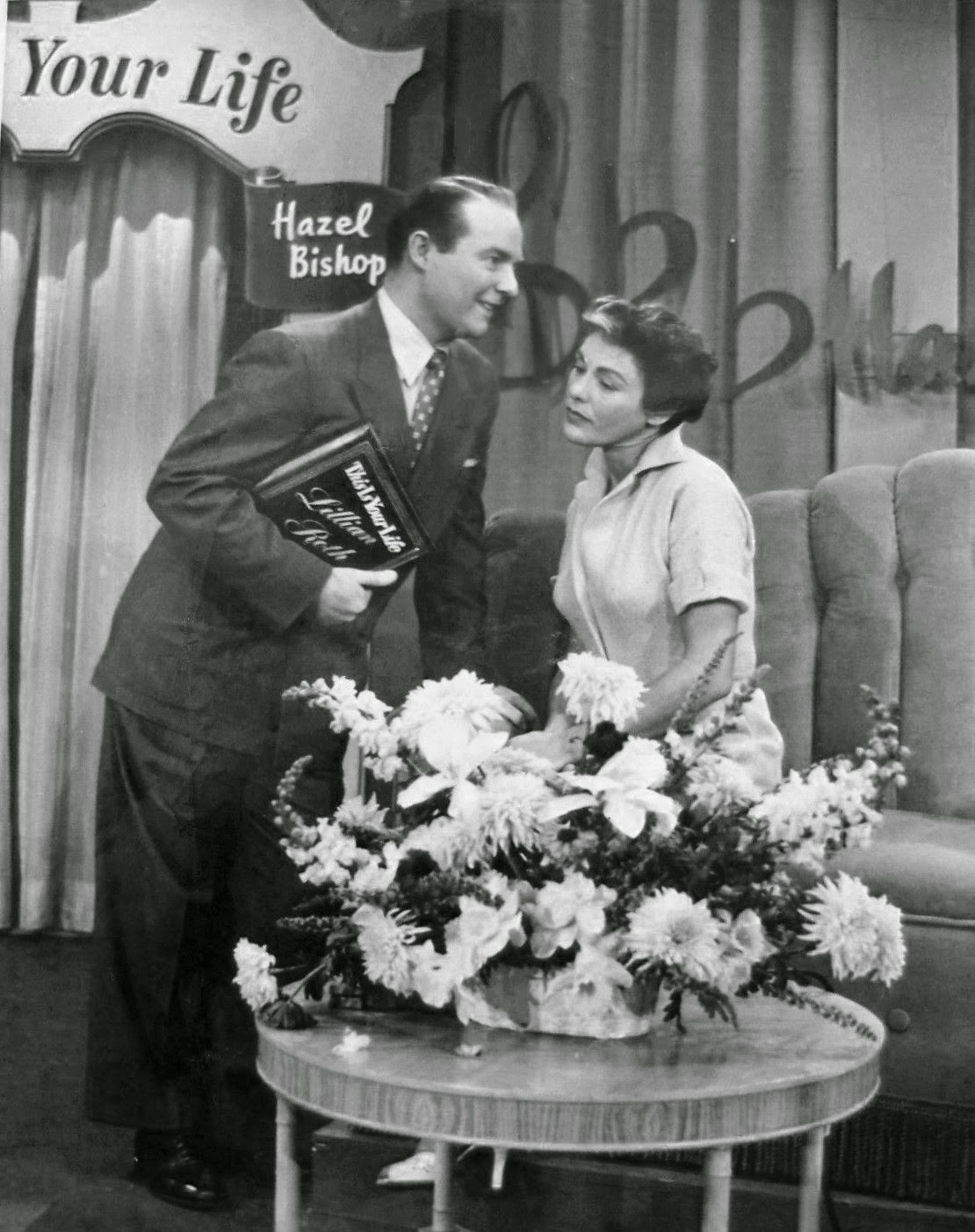 Several unsuccessful marriages followed, and Roth's career was little more than a string of nightclub appearances. Finally, in 1946, after a suicide attempt, Roth joined Alcoholics Anonymous, and in 1948 she converted to Catholicism.

In 1954, Roth's autobiography, "I'll Cry Tomorrow," was published. In a day before celebrity tell-all books became routine, the book was unusually revealing about Roth's drinking, her troubled childhood and her unsuccessful marriages.

Roth promoted the book on the NBC series "This Is Your Life" and it became a worldwide bestseller. The movie version followed the next year, with Susan Hayward as Roth. Hayward sang her own songs in the movie, which amused Roth no end -- in her nightclub act she did an impersonation of Susan Hayward impersonating Lillian Roth. Hayward was nominated for an Oscar, and Roth hit the comeback trail. Here she is on "What's My Line?" in 1957: 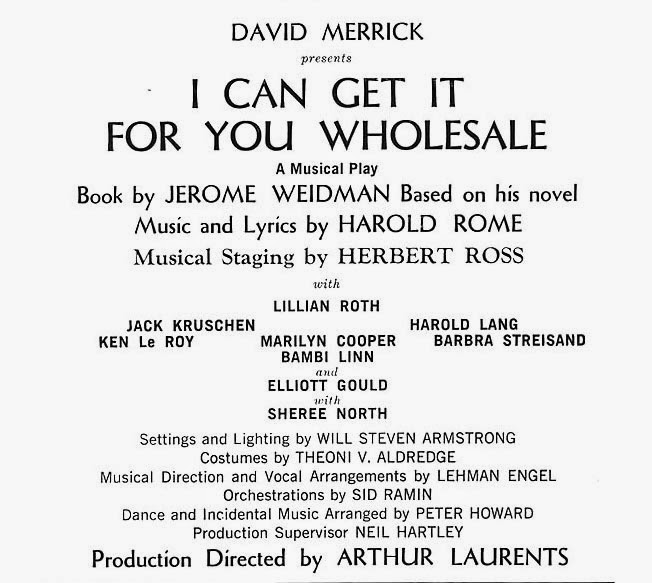 (And dig the other guest -- Salvador Dali!)

Roth made record albums, appeared in Las Vegas and went back to Broadway in the 1961 musical "I Can Get It for You Wholesale." She was first billed, above some newcomer named Streisand.

In the 1970s, Roth returned to Broadway in "70 Girls 70," leading to this appearance on "The Mike Douglas Show," where she is helped to her seat by co-guest James Brown:

It's time for another round of the CLAMBA-Award Winning* Motion Pictures Told Through Still Pictures with Goofy Captions. Our subject this time is the 1953 film "Code Two," which, although ostensibly about three Los Angeles police cadets, is actually about three young actors trying to break into the big time at MGM. Don't believe me? See for yourself ... 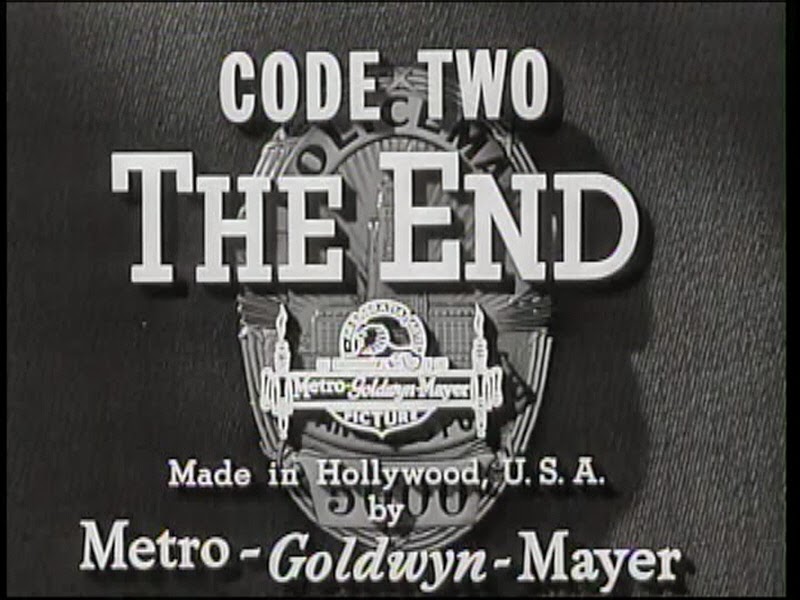