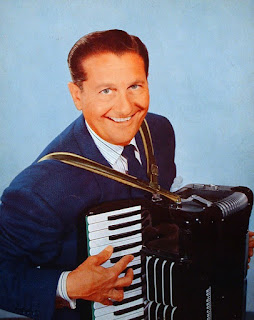 The rise of Lawrence Welk and of rock and roll happened at roughly the same time -- maybe in reaction to each other. Welk's band played classic white-bread tunes -- waltzes, foxtrots and polkas -- and were television favorites for an amazing three decades. Reruns of the show still air on PBS stations across the country. We look at Welk's popularity, despite his awkward stage presence, and the musical "family" he featured on his show, including the Lennon Sisters.