Of all the actors and actresses who were in 1930s movies, Gordon Westcott (1903-35) was certainly one of them.

Born Myrthus Hickman (shame he changed it) in St. George, Utah, Westcott was a track and football star in high school. He married a woman after he graduated, but when she gave birth to a son he deserted her and ended up in Hollywood.

Westcott made his film debut in 1928, and was under contract to Paramount and then Warner Brothers. His specialty was a shifty, caddish character. In the wild 1933 film "Lilly Turner," he plays a carnival smoothie who marries, impregnates and abandons (sounds familiar) our heroine (Ruth Chatterton). In "Footlight Parade," released the same year, he plays the guy who steals James Cagney's ideas for movie prologues.

In "Heroes for Sale," also released the same year, Westcott is cowardly Roger Winston, who tricks neighborhood chum Tom Holmes (Richard Barthelmess) into single handedly storming a German stronghold during World War I. Tom is captured by the Huns, who nurse him back to health and
give him morphine for his pain. Roger doesn't know that Tom is still alive, and he receives -- and accepts -- all the plaudits for Tom's actions. When he discovers Tom is alive, he gives him a job at the family bank out of guilt. At the end of the movie, after they've long since separated, Tom and Roger are reunited as just two more homeless men looking for work.

In "The World Changes," also released in 1933, Westcott gets to spread his wings a bit. The movie is a ponderous multi-generational saga which stars Paul Muni as Orin Nordholm, a first-generation American who grows up on the plains and becomes a meat packing magnate in Chicago.

Beginning in the 1860s and ending with the Great Depression, "The World Changes" takes in a lot of territory and tries to emulate "Cavalcade," which won a Best Picture Oscar in 1933. But "The World Changes" falls short. Its main attribute is that it features a boatload of Warner regulars -- Muni, Aline MacMahon, Henry O'Neill, Donald Cook, Guy Kibbee, Patricia Ellis, Margaret Lindsay -- and we get to see them age based on the amount of chalk dust in their hair.

There is a standout -- Mary Astor plays Orin's wife, a snobbish sort who loves the wealth that meat packing brings but can't stand the smell and blood associated with the slaughterhouse. She finally loses her mind and becomes Scary Mary Astor:

Westcott plays John, one of Orin's ne'er-do-well sons. His big scene comes toward the end, when the daughter (Ellis) of Orin's brother (Cook) is scheduled to marry a fortune hunter (Alan Mowbray). But this is the same day that the family business is going belly up, and John can't wait to share the news: 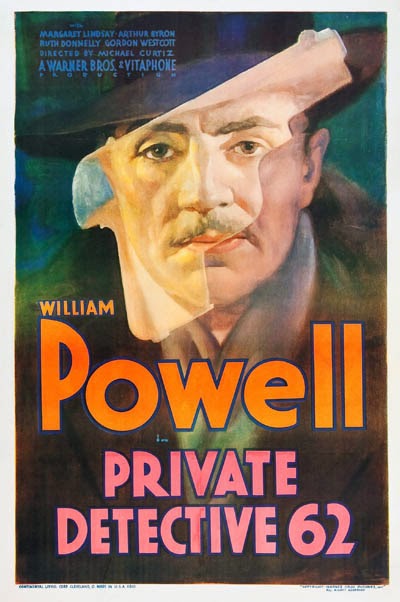 At the end of "The World Changes," all is well. The family has gone completely broke, but Grandma Nordholm (MacMahon), with her commonsense ways, will lead the family back to happiness. Yay Great Depression!

Westcott plays truer to type in 1933's "Private Detective 62," a tasty little pre-code. Our hero is William Powell as Donald Free, a gumshoe who isn't quite as charming as Nick Charles in "The Thin Man" and a little more sober.

Free is a former secret government operative who's joined a detective agency that does lots of divorce work. Free lets partner Hogan (Arthur Hohl) do the sleazier jobs. Enter Westcott as shady casino owner Bandor. He wants Free to shadow Janet Reynolds (Margaret Lindsay in one of her "veddy veddy" performances), a society dame who's winning entirely too much at roulette.

But Bandor's real goal is to frame Janet for murder. And he thinks he gets away with it, until:

When Janet is accused of Bandor's murder, Free becomes her defender. And he resigns from the agency, much to the sorrow of office manager Amy (Ruth Donnelly being Ruth Donnelly):

Westcott's string at Warner Bros. continued into 1934 and '35, including a couple of films with Bette Davis ("Fog Over Frisco" and "Front Page Woman") and Joe E. Brown ("Six Day Bike Rider" and "Bright Lights"). 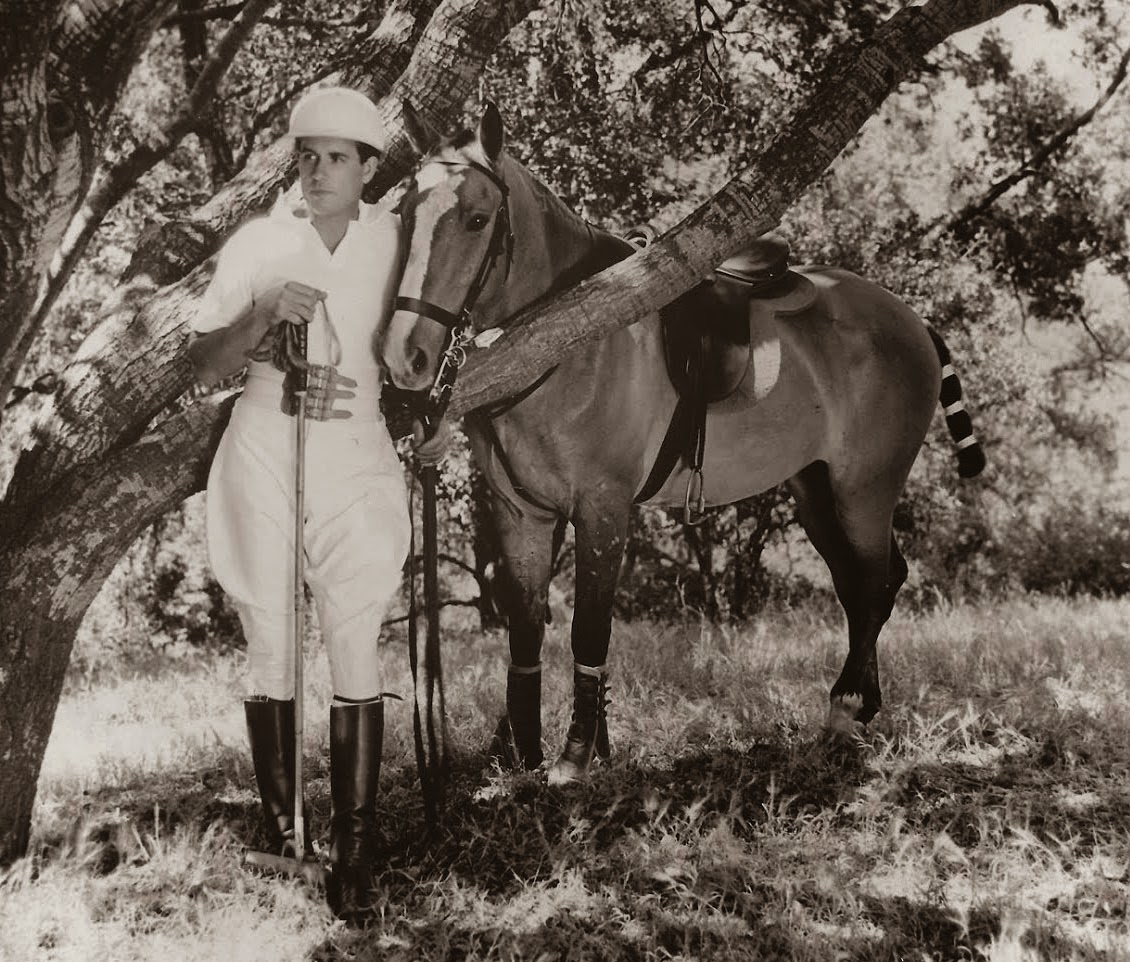 Westcott was a polo enthusiast, and in the fall of 1935 he was playing a match on the Disney team against MGM. There was an accident, and his horse fell on him. After several days in the hospital, Westcott died on Halloween, just a few days before his 32nd birthday.