The Charles Sellon Film Festival: "Bright Eyes" and "It's a Gift"

A native of Boston, Sellon made his stage debut in 1901 and his film debut in 1923. He was rarely the lead; skinny and with a long face, with a mouth usually in a frown or scowl, he often played narrow-minded small-town types in roles of authority. In the 1925 silent film "The Monster," for instance, he was the ineffectual constable responsible for catching Lon Chaney as Dr. Ziska, a mad scientist who engineers car accidents so he can experiment on the survivors. He also played a cop who unsuccessfully tried to get the goods on Rudy Vallee in the latter's debut film, 1929's "The Vagabond Lover." He played a newspaper editor in several films, as well as druggists, mayors and justices of the peace. 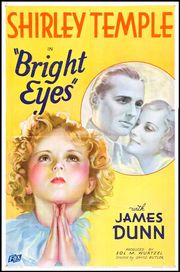 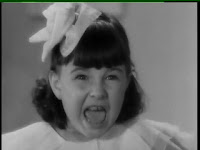 "Bright Eyes" is the Shirley Temple movie with Jane Withers (right) as Temple's bratty nemesis and the one where Temple sings "On the Good Ship Lollipop":


Temple is a tomboy named, um, Shirley. Her father, a pilot, was killed in a plane crash and her mother works as a maid for a snooty rich family with a bratty daughter played, you should excuse the expression, balls to the wall by Withers.

Shirley spends a lot of time with her godfather, also a pilot, nicknamed Loop (James Dunn), and his fellow flyboys at the local airport.

When Shirley's mom is hit by a car (!) on Christmas Day (!!) while she's taking a cake to the airport holiday party (!!!), a custody battle develops over her. On one side is Loop, and on the other side are Uncle Ned and another nice relative who was once engaged to Loop. Whoever will win?

"Bright Eyes" is the Shirley Temple movie I remember most vividly from when I was a kid, and I think it's for two reasons. One is this great scene between Temple and Withers:

And the other is Sellon, spinning around the mansion in his 1930s wheelchair, with a wicker back that's as long as his face. He's actually pretty darn good at maneuvering that thing -- in one scene no one will help Uncle Ned get downstairs so he rolls down himself a few steps at a time.

Despite his crabby exterior, Uncle Ned really loves Shirley, and in one scene where she kisses him on the cheek under a sprig of mistletoe, darned if his expression doesn't melt your heart.

In fact, "Bright Eyes" is pretty satisfying in a basic, fairytale way. Cinderella Shirley triumphs through plain old spunkiness, and yet she's allowed to act like a real kid -- when her mother is killed, it falls to Loop to tell Shirley, so he takes her up in his plane so that she can be closer to heaven, and she just cries. Period.


Again, if you remember "It's a Gift" at all, then I guarantee you remember Sellon. Mr. Muckle is blind, deaf and bitter. Today he'd be the target audience for Fox News. He is one of the many banes of the existence of grocer Harold Bissonette (Fields), who is besieged on all sides each day -- shrewish wife, obnoxious kids, incompetent employees, clueless customers.

Like pretty much all of Fields's films, "It's a Gift" unfolds in a loosey-goosey manner. There are three main sequences -- Bissonette (pronounced Bi-son-ay, as his wife would tell you) having a hard time at his store, trying to get some sleep on his back porch and on the road to California where he's bought an orange grove, much to his wife's displeasure, thanks to an inheritance from dear dead Uncle Bean.

Mr. Muckle is so wonderful because he's so awful. He goes against all the movie stereotypes about the handicapped. He's just an irritating guy who can't see or hear. And as he wreaks havoc in the store, Harold's efforts to keep him still escalate, as does his pleading -- "Sit down, Mr. Muckle! Sit down, honey!" (Side note -- on the animated series "Rugrats," Stu Pickles's boss was named Mr. Mucklehoney.) Anyway, here's the scene:


After appearing in a handful of movies in 1935, Sellon retired; he was 65 and it was time to start collecting that sweet, sweet Social Security that had just become law. He died two years later.