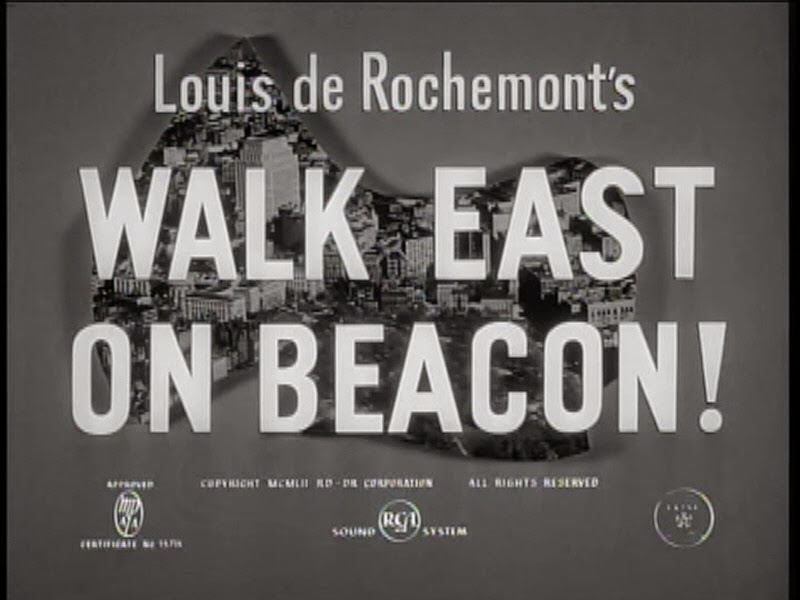 I have just come from a high-level meeting with J. Edgar Hoover at Madame La Tour's Dress Shop FBI Headquarters regarding our latest cinematic triumph, "Walk East on Beacon!" As you know, the film is based on a story that Hoover wrote for Reader's Digest, and therefore he is especially interested in the film's authenticity and verisimilitude.

Hoover also says he would like his check immediately, or else some embarrassing photos of you and Penny Singleton taken after hours on the set of "Beware of Blondie" will surface.

I screened the film the other night for Hoover and his overall impression was favorable. He did, however, offer a few suggestions, with the proviso that if they aren't followed, some embarrassing photos of you and Evelyn Keyes taken after hours on the set of "The Jolson Story" will surface.

1. Hoover asks that the promotional material for the film somehow include a mention of his new book, 50 Shades of Red, about the need for eternal vigilance against the Communist menace. I told him that wouldn't be a problem. He then expressed a desire for an endorsement quote by Sen. Joseph McCarthy. I also said that wouldn't be a problem, given McCarthy's anti-Communist sentiment. Hoover said that if it doesn't happen, some embarrassing photos of you and Adele Jergens taken after hours on the set of "Ladies of the Chorus" will surface. 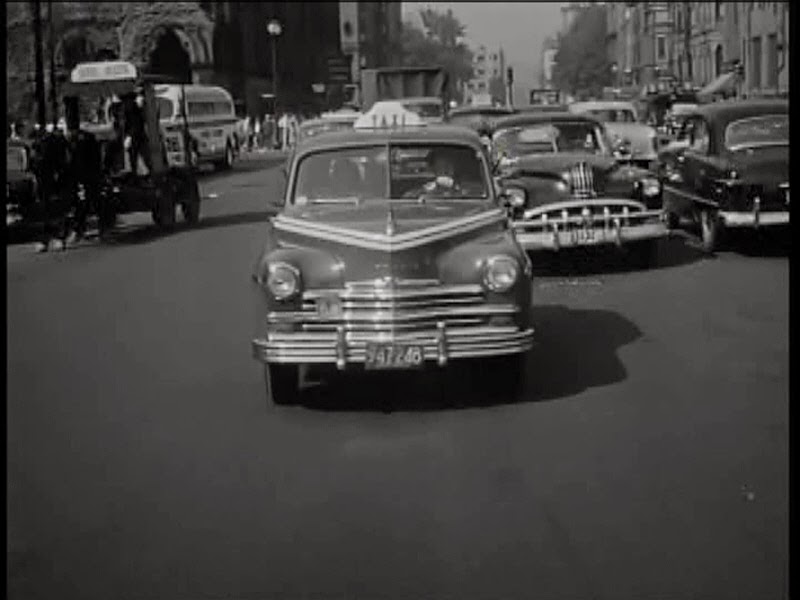 2. While watching some of the film's auto chase scenes, Hoover expressed irritation at the chaotic traffic patterns and cluttered intersections and wondered if they could be cleaned up. I told him that was because the film was shot on location in Boston, and that's just the way they drive there. 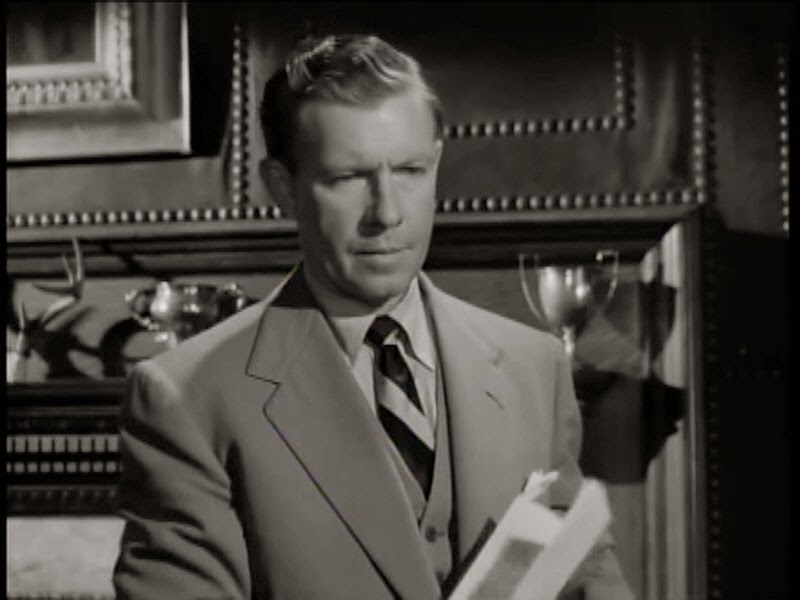 3. Hoover also had some qualms about our leading man, George Murphy, who plays FBI agent James Belden. He asked if Murphy was Jewish and I replied that not only is he not Jewish, he is Irish Catholic, a lifelong Republican and born on the fourth of July. Hoover seemed pleased but added that if Murphy didn't check out, some embarrassing photos of you and Ann Savage taken after hours on the set of "Jungle Jim on Pygmy Island" will surface. 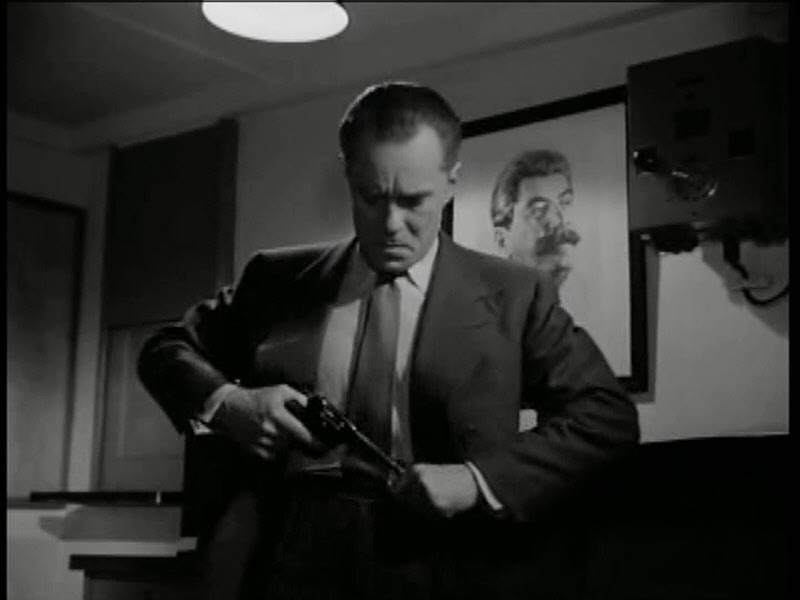 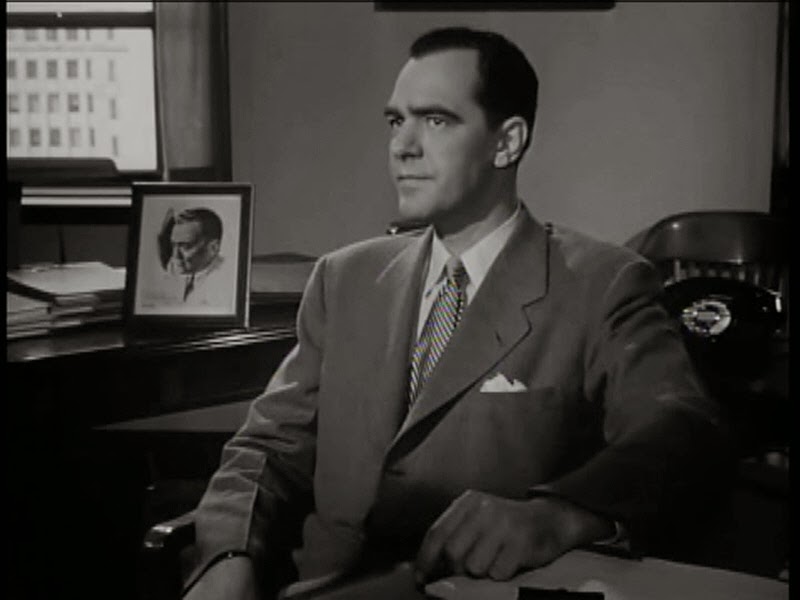 4. There is a scene in the film where an FBI agent is in his office and has a charcoal drawing of Hoover on his desk. Later in the film, in a Soviet spy's office, there is a portrait of Stalin. Hoover wants his picture to be the same size as Stalin's. 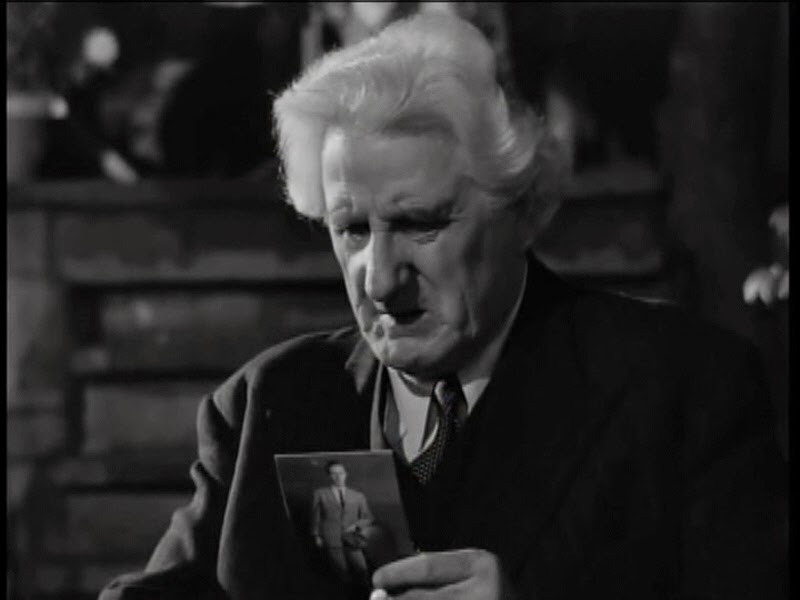 5. Hoover was also concerned that Finlay Currie, who plays a scientist being blackmailed by the Reds, had a foreign accent. I explained that was because he was supposed to be from Eastern Europe.

6. Finally, the chief says that his contract with Columbia for the original story includes two stipulations that we must honor. 1. The Communist agent must never show a sense of humor or a glimmer of compassion. There is a scene of one Red agent smiling that Hoover says must be removed immediately. 2. The chief gets a pair of Rita Hayworth's silk stockings, sent to "J. Elaine Hoover" in a plain brown package to a secret address. And Hoover says that if word about that gets out, some embarrassing photos of you and Dee Green taken after hours on the set of the Three Stooges short "Mummy's Dummies" will surface.

That's all for now.
at June 11, 2014
Email ThisBlogThis!Share to TwitterShare to FacebookShare to Pinterest
Labels: "Walk East on Beacon", 1952, Columbia Pictures, George Murphy, Made Up Memos