Encore podcast: "The Rise and Fall of 'Dragnet' 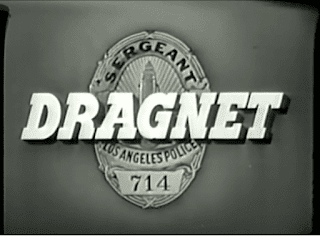 In the summer of 1949, “Dragnet” premiered on NBC radio. It was a show that sounded like no other thanks to creator-star Jack Webb’s obsession with authenticity. “Dragnet” then moved to TV and ran for most of the 1950s. Its theme song and opening disclaimer — “The story you are about to see is true; the names have been changed to protect the innocent” — became part of pop culture history. During the turbulent late 1960s, “Dragnet” was revived, and it hadn’t changed — but the world had, and authority was something to be questioned rather than celebrated. We look at the influence of “Dragnet” and Webb’s evolution into an outspoken advocate of police officers.
Sources:
“Webb’s Days Before Friday,” Jim Ramsburg’s Gold Time Radio
My Name’s Friday: The Unauthorized But True Story of Dragnet and the Films of Jack Webb, by Michael J. Hayde
Icons of Mystery and Crime Detection: From Sleuths to Superheroes, by Mitzi M. Brunsdale
“Jack Webb, TV’s Most Misunderstood Man,” TV Guide, March 23, 1957
“Jack Webb Returns to the Good Old Days,” Richard Warren Lewis, TV Guide, October 19, 1968

at July 13, 2018
Email ThisBlogThis!Share to TwitterShare to FacebookShare to Pinterest