"The Most Dangerous Game," or Kill Again Island

NAME: My full name is Count General Dimitri Ilyovich Zaroff. My really good friends call me D-hizzy -- maybe you'll end up being one! ;)

WHERE I LIVE: A castle, on an island. Don't be jelly!

MY BEST FEATURES: I have a big scar on my forehead, so if you love Harry Potter you might be into that kind of thing. Also, when I get excited -- usually when I smell gunpowder or see a crossbow -- my eyes get very wide. And I have a sick goatee. LOL

MY IDEA OF A PERFECT EVENING: Well, it would have to include champagne, right? ;) Maybe some Sade on the CD player, accompanied by the ocean waves outside the window and my bloodhounds howling. And the perfect person. <3 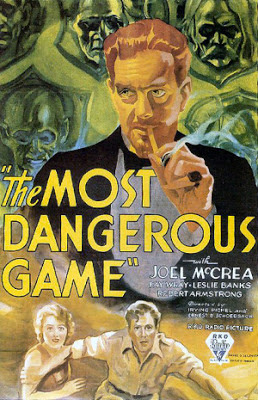 MY MOST AWKWARD MOMENT: Blergh.
I guess it's finally time to talk about what happened in "The Most Dangerous Game" even though it was all just a big kerfuffle. Le sigh.

Just because there are some coral reefs all around my island that I forgot to tell people about (Sue me!), boats that came nearby kept wrecking and sinking, OK? And when the people swam to my island, if they could escape the sharks (Again, my bad!), I gave them food and shelter. And when they would tell me they were grateful and offered to do something in return, I'd make them run for their lives while I'd aim at them with a high-powered rifle, or maybe my favorite Tartar War Bow.

I can't help it! I love to hunt, and killing helpless animals isn't that fun anymore, so I've hunted humans -- once or twice, max. :P

Anyhoo, this brother and sister, who was a real Kristy, washed up on shore, and then right after them came this tall guy named Rainsford who was a big game hunter. "Rainsford, old sport," I said, "how'd you like to hunt humans with me?" ERMAGERD, you would've thought I'd asked him to EAT them or something instead of just stuffing and mounting them! He got all snippy so I took back my invite and decided to hunt him instead. But first I went ahead and hunted the brother, who wanted to hang out with me ANYWAY, so he got his wish for a little while, right?

Then the hunter and sister went looking for the brother and found my trophy room:

So I had no choice but to start hunting the hunter and the sister, amirite? I gave them a head start and everything! I even gave the hunter a knife. But I know my stuff, and every time that Rainsford would set a trap for me I'd slide over it like Baby Bash, LOL!

Next I broke out my Tartar War Bow and slung some arrows their way, but I was just messing with them. The real showdown came on the edge of a big waterfall, where my dogs took over:


With Rainsford gone, the way was clear for me with the Kristy. She really didn't dig my look, but:

It didn't matter. She was mine, according to the rules I made up, so I took her back to the castle. And THAT'S where shit got real. Rainsford was there -- dude fell into the water but didn't drown! And he won, so I let him and the Kristy escape fair and square:

What do you mean it wasn't fair?! LOL

Anyway, I fell into the bloodhound pen and the dogs licked me back to life. But now it's too quiet here on the island, dig? :) So I'm ready for new experiences. YOLO!

at May 19, 2013
Email ThisBlogThis!Share to TwitterShare to FacebookShare to Pinterest
Labels: "The Most Dangerous Game", 1932, Fay Wray, Joel McCrea, Leslie Banks, RKO Pictures