The Day I Insulted Lillian Gish 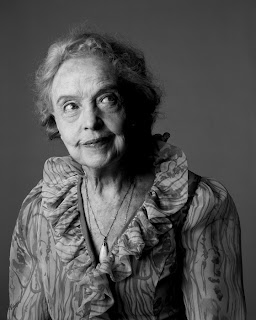 Back in the mid-1980s, one of our local museums featured a showing of "Broken Blossoms," and Lillian Gish was in attendance. After the film, she talked about her performance and answered questions from the audience.

My girlfriend and I were so excited about the event that we arrived early and had great seats right in front. Which was great, because my proximity to Gish made it easier to insult her.

It happened when Gish was talking to the audience about the memorable scene in "Broken Blossoms" where she became hysterical, and she said something like this: "I worked very hard to modulate my performance but still tried to make it seem as realistic as possible. Do you think I succeeded?"

The audience, as one, nodded its head in agreement.

I was whispering something to my girlfriend at the same instant, and as everyone in the audience was nodding I was shaking my head "no."

Gish stopped and looked straight at me.

"Don't you agree?" she asked. She may have even called me "young man," which would have made her sound even more Lillian Gish-ier.

I felt my face redden and at the same time I felt like I was in the center of a staggeringly rarefied universe, population me and Lillian Gish! For just a microsecond I was in the sights of one of film's greatest actresses and memoirists. And I knew at that point I had to clear things up -- that I wasn't insulting her, I just wasn't paying attention. So I tried to clear things up --

Somehow, my face still burning, I collected my thoughts enough to ask her about "Night of the Hunter."

Her gaze softened, and she told the story of how the film's director, Charles Laughton, had been watching Gish's films at the Museum of Modern Art. The MOMA people called Gish -- they probably had her on speed dial -- to let her know. And she talked about meeting with Laughton, who told her of his plan to make a film with the same storytelling power and emotional sincerity of those silent films.

Whenever I think of that encounter with Gish it reminds me of the scene in "Strangers on a Train" where Guy (Farley Granger) is playing tennis and everyone in the stands is looking from one side of the court to the other, watching the ball, while Bruno (Robert Walker) is sitting right in the middle of everyone, his gaze frozen on Guy instead of the match.

I'm sure that Gish had no further memory of her encounter with the Gish-disser. But I like to think we had our awkward little Hitchcock moment.

(This post was inspired by the Gish Sisters Blogathon sponsored by Movies Silently and The Motion Pictures. It ended, um, last Monday. Sorry for the timing -- been a little scattered lately. You should still go check it out if you haven't.)

at September 13, 2013
Email ThisBlogThis!Share to TwitterShare to FacebookShare to Pinterest