"The Solitaire Man," or Nailed Diamond 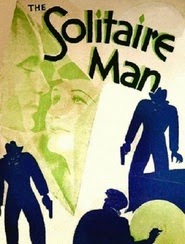 As you know, we specialize in flights across the English Channel, helping passengers escape from their criminal pasts in Paris and land in London as well-dressed, anonymous country squires. Since this is 1933, when flying is still a luxury, you will notice that the airplane seats are the size of divans and that the furniture is made from the finest wicker money can buy. You will also notice that the plane holds only a small group of passengers, the better to build a movie around.

I am your steward, and since in-flight videos haven't been invented yet, I will stand in front of you and speak to you about what to expect as we travel. 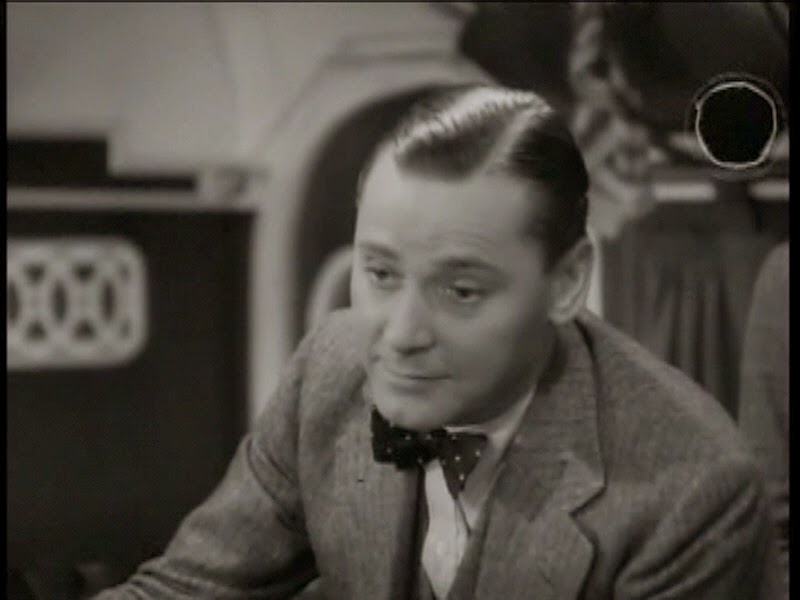 Oliver Lane, you are a passenger who looks a lot like Herbert Marshall. From all appearances you are a noble, honorable Englishman, but you are also a suave jewel thief known as "The Solitaire Man," and you are leaving Paris because you have just completed your final job. Your appearance and manner is very similar to that of Gaston Monescu, another jewel thief who looks like Mr. Marshall and whose story was told in "Trouble in Paradise." Alas, Oliver Lane, you are just a little more ethical and a little less interesting. 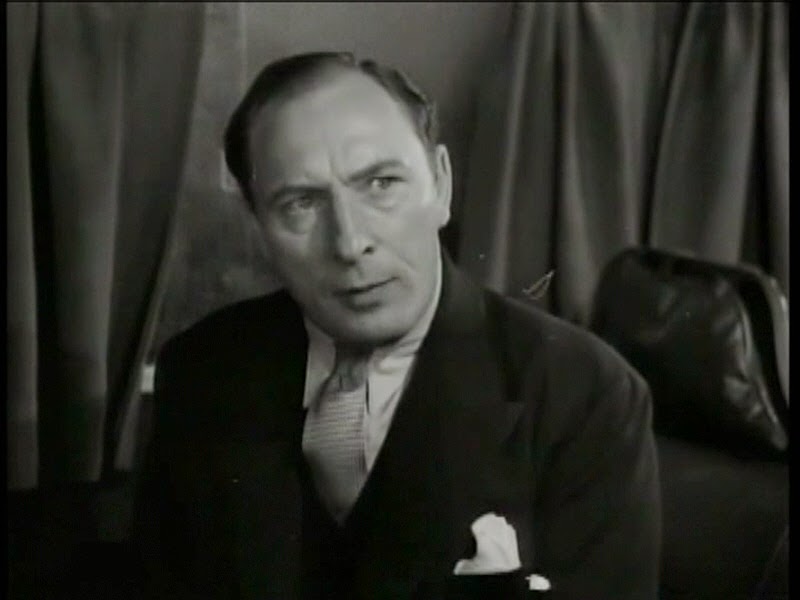 Inspector Wallace, you are from Scotland Yard and you look a lot like Lionel Atwill, the actor in those horror movies like "Mystery of the Wax Museum." You are determined to apprehend the Solitaire Man by any means necessary, including the use of bad manners, but you have a few secrets of your own. 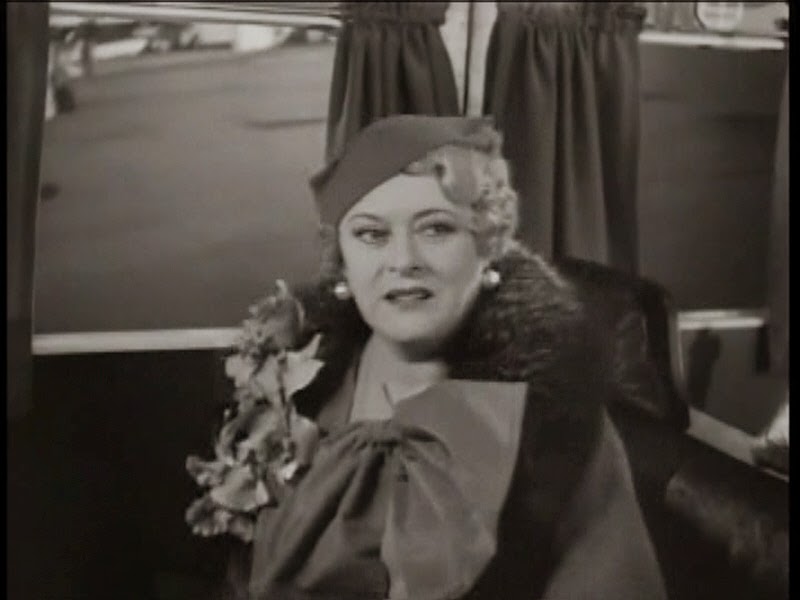 Now to Mrs. Hopkins of Peoria, Illinois, who looks like Mary Boland. You are a big-mouthed but good-hearted American who can be counted upon to break a suspenseful silence with a plainspoken wisecrack. 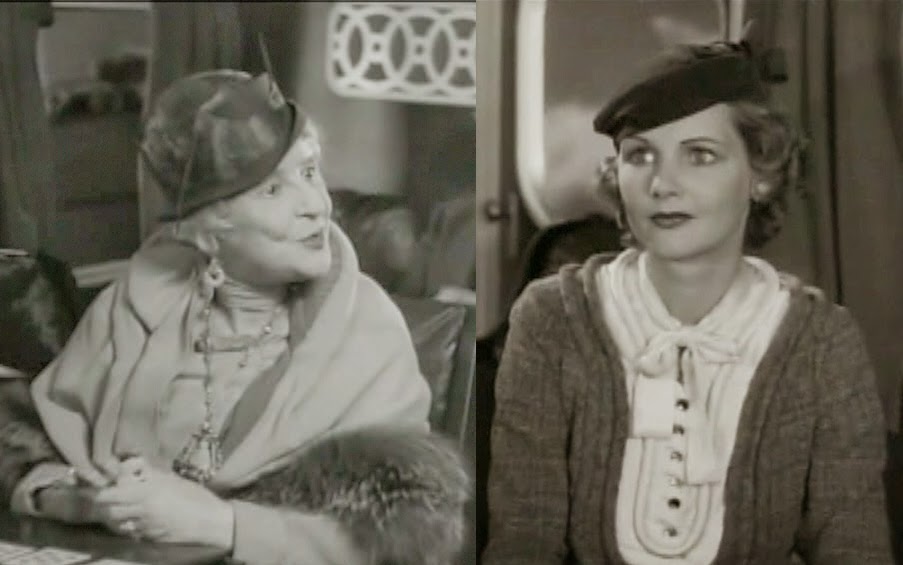 And finally, we come to Mrs. Vail, who looks like May Robson, and her ward Helen, who looks like Elizabeth Allan. You two women are in cahoots, as they say in American westerns, with Oliver Lane. Mrs. Vail seems prim, but she loves baccarat and has a lovably grouchy manner. Helen, you are in love with Oliver and he with you.


Now I shall talk a bit about the plane's amenities.

The washroom is to my left -- Mrs. Hopkins, this will especially come in handy for you, because you are going to become airsick frequently, which will necessitate many humorous exits.

The light switch is to my right -- this will allow Oliver Lane to kill the lights and get the drop on Inspector Wallace in one scene, but then Wallace turns the tables.

Here is the exit door. You will notice that it opens without much effort, allowing at least one cast member to disappear easily.

Please enjoy your flight -- it promises to involve a battle of wits between Oliver and Inspector Wallace as well as startling revelations involving murder and theft. But the real suspense centers around Oliver's quest to retire to a Devonshire dairy farm, and the Solitaire Man will be no more.

Will Oliver make it out to pasture? Or will he end up in the yard -- Scotland Yard? (Har har.)

Please expect a flight with a bit of suspense, several jokes about bumptious Americans and a couple of twists and turns before the bad guy is delivered into the hands of justice, and it might not be who you think. Now -- fasten your seat belts, made of the finest hand-tooled leather, and enjoy your trip.
at March 26, 2014
Email ThisBlogThis!Share to TwitterShare to FacebookShare to Pinterest
Labels: "The Solitaire Man", 1933, Elizabeth Allan, Herbert Marshall, Lionel Atwill, Mary Boland, May Robson, MGM