Well, Andrew D. over at "1001 Movies I (Apparently) MUST See Before I Die" has been nice enough to nominate me for a Versatile Blogger Award, which I am told comes with a sizable cash prize! 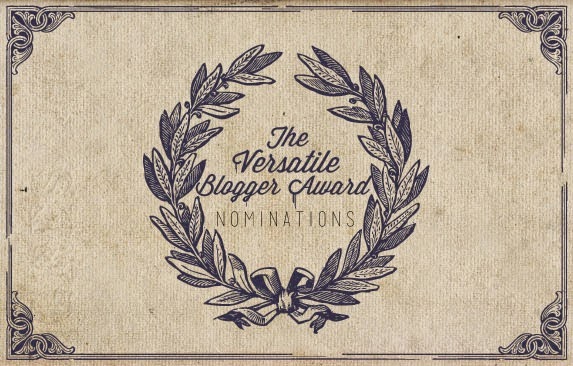 I mean to say, which I have been told comes with a sizable amount of good wishes! As a recipient of this award, I first of all thank Andrew and urge you to visit his blog, if you haven't already.

Next, I am to offer seven semi-interesting facts about myself. So, here:

1. For over thirty years, from 1981 until last summer, I wrote a TV and movie Q&A column that appeared in about 20 newspapers. It was a great run, but the newspaper business is iffy right now, to say the least, so it came to a close. My collected work is still on display here.

2. I have written seven TV reference books, including one on Television Variety Shows and another on the history of Louisville Television.

3. In the 1980s, when I was younger and had more energy, my dream was to become a TV comedy writer. I completed several spec scripts and got a few positive nibbles from agents in Hollywood, but I couldn't bring myself to bite the bullet and make the move to the west coast. Now I think I satisfy the urge to be funny -- oh, all right, kind of funny -- through Motion Pictures Told Through Still Images with Goofy Captions.

4. I have two granddaughters -- Kennedy, age 2; and Joycellyn, age 5. In my totally unbiased way I think they are the most precious things on earth.

5. Next to old movies, I love old radio shows. And now that they're widely available on MP3 and can be loaded by the dozen onto an iPod, I have built a chronological library of shows so that I can listen hour by hour, day by day, month by month, year by year. Right now I'm up to March 1947. (Spoiler alert: We won World War II.)

6. I once rode in an elevator with Gene Hackman. He's tall. And when I was in New York City a few weeks ago I saw Jackie Mason walking down the street. He isn't.

Still awake? Here are the 10 blogs that I nominate for this award (the official rules say 15, but I think that's too darn many). Some of these are newcomers to CMBA and are excellent:

A Person in the Dark


at July 29, 2014
Email ThisBlogThis!Share to TwitterShare to FacebookShare to Pinterest