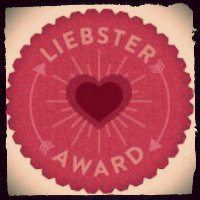 My friend Karen over at Shadows and Satin has presented me with a Liebster Award, which, I have learned, does not include money, or even bitcoins. And if it is discovered that I have posed for nude photos, I must relinquish my title. Nevertheless, it is an opportunity to answer a few questions that Karen has chosen, and I also get to throw in random stuff about me. So here goes.


ELEVAN RANDOM FACTS ABOUT ME
“Dig That Uranium,” undoubtedly the best Bowery Boys movie ever. Oh, and “The Best Years of Our Lives.”
“Viva Las Vegas,” mainly because of the scene where Ann-Margret spells out Elvis Presley’s character’s name, which is Lucky, in ketchup on bologna sandwiches because she loves him so much. Oh, and “Singin’ in the Rain.”
Leo Gorcey, who played Slip Mahoney in dozens of Bowery Boys movies, including “Dig That Uranium.” Oh, and Cary Grant.
I have rebuilt the gates of Babylon from “Intolerance” in my backyard. And I have an autographed photo of Morey Amsterdam.
Research and write reference books about obscure TV and movie subjects. Failing that, I would like to be married to circa-1945 Myrna Loy and solve murders.
The same one that was a favorite of Col. Potter (Harry Morgan) on “M*A*S*H” – “My Darling Clementine.”
In my former life as a newspaper reporter in the 1980s I met Gregory Peck and Ginger Rogers. Peck was totally disarming and friendly; Rogers was busy with other stuff, but pleasant. And I saw Woody Allen with his jazz group in New York.
“The Big Sleep,” “Adam’s Rib,” “It Happened One Night,” “Double Indemnity,” “ Sullivan’s Travels,” “The Best Years of Our Lives” and “Dig That Uranium.”
Holden Caulfield, Philip Marlowe, Atticus Finch, Neil Klugman (of Goodbye, Columbus) and Slip Mahoney.
“It’s a Mad, Mad, Mad, Mad World.” I just like looking at the locations and the cars. And I'm positive that one of these days I'm actually going to see Dorothy Provine's hair helmet move.
When it comes to acting chops, it’s Davis in a walk. Although I think Crawford had the more interesting career, even though she turned down “Dig That Uranium.”

Now, as an award recipient, it is incumbent upon me to choose 11 other outstanding film bloggers to Liebster, soooo:

1001 Movies I (Apparently) Must See Before I Die

The Most Beautiful Fraud in the World

Their job is to provide eleven random facts about themselves, and also answer these questions:

1. Name a movie you saw at an early age that terrified/transformed/inspired you.

2. What is your favorite movie genre, and why?

3. What is the most disturbing film you've ever seen?

5. Who in your opinion was the most underrated performer in Hollywood between 1930-50?

6. Name a movie you love, or at least like, that everyone else seems to hate.

7. Name a movie you hate, or at least intensely dislike, that everyone else seems to love.

8. What's your favorite filmgoing memory? It can be about the film itself or where you saw it (historic movie palace, drive-in, sitting on Brad Pitt's lap, etc.).

11. What's your favorite prison film?
at April 04, 2013
Email ThisBlogThis!Share to TwitterShare to FacebookShare to Pinterest