My Diamonds and Gold Blogathon Entry: "Charade," or Cary Nation

This post is part of the Diamonds and Gold Blogathon, co-hosted by Wide Screen World and Caftan Woman. Please visit them and check out the other entries as well!


In movies like "Bringing Up Baby" and "Monkey Business," Cary Grant wears glasses for comic effect.

In the 1963 film "Charade," he wears them to see -- and to send us one of several messages that he is older, if no less Cary Grantish.

Grant was in his late 50s when he made "Charade," not that it matters to us. But it mattered to him. He was a little squeamish about playing a romantic lead opposite Audrey Hepburn, a woman who was his junior by a couple of decades. (Never mind that in real life he was chasing after the 25-year-old Dyan Cannon.)

So Grant worked with screenwriter Peter Stone and director Stanley Donen (in the last of their four pictures together) to gently and cleverly emphasize the fact that he wasn't a spring chicken anymore.

The result? Not only does "Charade" satisfy as a suspense film and as a romantic film, it also has the unusual combination of offbeat warmth and genuine heat between the leading characters. It's easily Grant's most self-referential film, made at the perfect time -- just as his legendary film career was winding down, by his choice. The character of Peter Joshua (the first names of Donen's two oldest sons) is distilled Cary Grant -- the essence of a dozen or more of his films and of the onscreen persona of the man who helped make them classics.

The movie opens with a shock -- a body being thrown off a high-speed train whizzing across the French countryside, the face of the victim suddenly filling the frame, frozen in death.

The stiff is Charles Lambert, a bit of a ne'er-do-well who was on the verge of being divorced by wife Regina (Hepburn). His death saves her the trouble, and the non-stricken widow has already found a new male friend and possible conquest -- Joshua, who she has just met on a skiing trip while Charles was getting offed by a stranger on a train.

Charles's funeral is one of several great set pieces in the movie. The only mourners, if you can call them that, are Regina, her best friend and the detective investigating the case, who sits in the back and clips his fingernails. But it also attracts some rather threatening characters -- Scobie (George Kennedy), Tex (James Coburn) and Gideon (Ned Glass):

Regina has no idea who the men are, or what connection Charles had with them. She gets the story from state department honcho Bartholomew (Walter Matthau) -- Charles, Tex, Scobie and Gideon were buddies during World War II who hijacked a gold shipment. Then the men went back to America and Charles stayed behind with the loot. Now it's 20 years later and the men want it -- but they don't know where Charles hid it.

Regina's only protector is Joshua, who reappears in her life after their encounter on the skiing trip. He seems to be the right man in the right place at the right time.

But is he? Regina can't tell -- she comes to learn that he has several identities, but she also can't fight her attraction to him, which comes as no surprise to anyone in the world, because the guy is Cary Grant.

Grant brings all the tools in his arsenal to "Charade" -- the tan, the white dress shirts that set off the tan, the monochromatic suits and ties (so as not to fight with Hepburn's Givenchy wardrobe and color palate), and the bemusement (and concealed pride) that someone as young and attractive as Regina is chasing him. He is tough when the situation calls for it, but not above being goofy just for the hell of it:

As essential as Grant is to the success of "Charade," it's frightening to consider that he almost didn't make the movie. Donen tells the story that, initially, Grant had committed to make a movie with Howard Hawks and had to turn Donen down -- then Grant read the script for the Hawks movie, "Man's Favorite Sport?" and jumped back into "Charade." 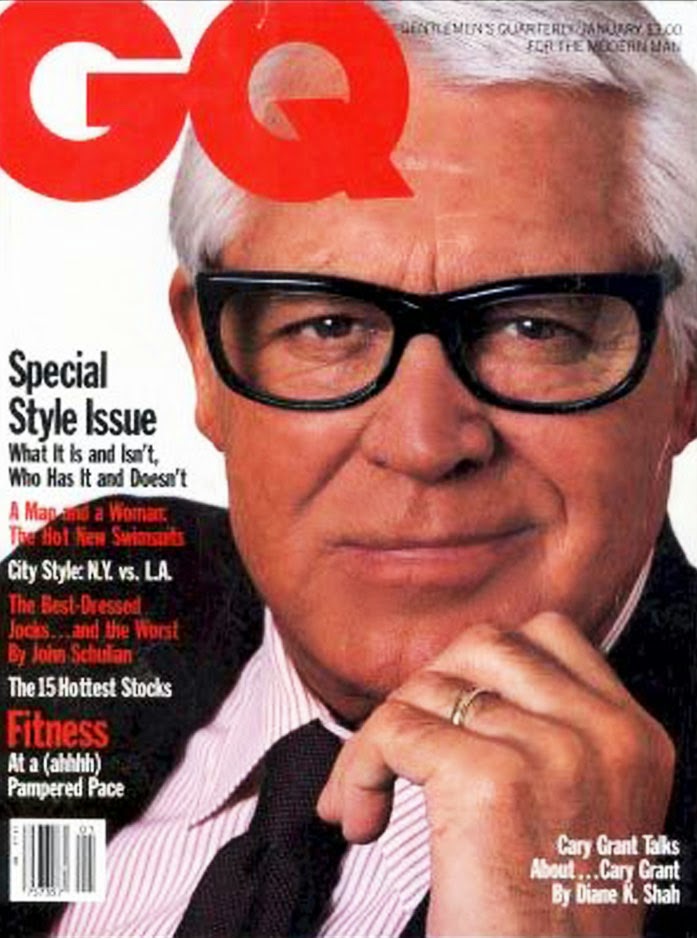 Grant appeared in just two more movies -- as a grizzled beachcomber in 1964's "Father Goose" and as a grandfatherly matchmaker who connects Jim Hutton with Samantha Eggar in 1966's "Walk, Don't Run." (The movie was a remake of "The More the Merrier," and Grant played the role Charles Coburn won an Oscar for in the original.) After that, Grant became a "normal" citizen, free to wear his glasses all the time -- and he did.


While we're on the subject of aging gracefully, here is "Charade" director Stanley Donen at age 72, accepting a Lifetime Achievement Award at the 1997 Academy Awards by breaking into song and a little soft shoe. This is one of my very favorite Oscar moments: