When I was writing my "Incredible Inman" column I received a lot of questions about made-for-TV movies of the 1970s -- scary ones, specifically. Here are the top five, from the bottom up:

5. "Gargoyles" (originally aired November 21, 1972 on The New CBS Tuesday Night Movies): Set in the American Southwest, this story is about what happens when an expert on demonic mythology (Cornel Wilde) and his daughter (Jennifer Salt, at left) come into possession of a horned skull that the locals claim is from a gargoyle. This leads to an encounter with gargoyles, gargoyle eggs, and a gargoyle queen. The film's eerie visual style (the movie was released theatrically in Europe) and the creepy costumes (shout-out to the head gargoyle, played by Bernie Casey) embedded themselves in the memories of millions of terrified teenyboppers. 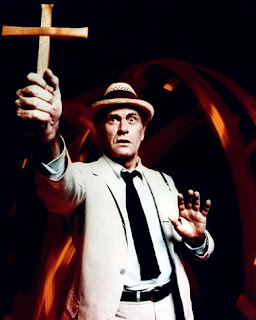 4. "The Night Stalker" (originally aired January 11, 1972 on ABC Movie of the Week): Upon its original airing, this vampire story set in Las Vegas became the highest-rated TV movie ever, leading to a 1973 sequel and a short-lived TV series. Darren McGavin plays Carl Kolchak, a disheveled reporter covering a series of murders where all the victims have been drained of blood. With the help of his girlfriend (Carol Lynley), Kolchak finally realizes that the killer is a vampire. This movie was a great favorite of Chris Carter, creator of "The X-Files," and he cast McGavin as the Kolchak-like Arthur Dales on the show. 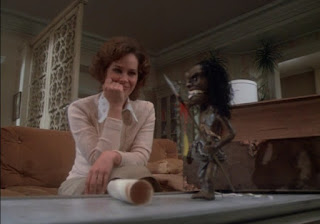 3. "Trilogy of Terror" (originally aired March 4, 1975 on ABC Movie of the Week): Based on three short stories by Richard Matheson (who also adapted the screenplay for "The Night Stalker"), it is the final story, "Amelia," that has become the most notorious, thanks to the presence of a very determined little Zuni fetish doll determined to kill its terrified owner (Karen Black). If you've never seen the movie, that plot may sound too goofy to be scary. It isn't. 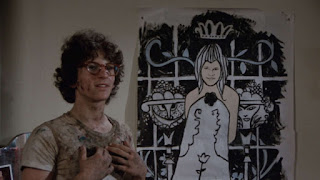 2. "Bad Ronald" (originally aired October 23, 1974 on ABC Movie of the Week): When Bad Ronald (Scott Jacoby) accidentally kills a little girl, his bad mother (Kim Hunter) does the natural thing -- she renovates her house so that he can hide within the walls and elude the authorities. Then she dies and the house is rented by the Wood family -- mother Pippa Scott, father Dabney Coleman and three teenage daughters. All of them begin wondering why food suddenly starts disappearing and why there are noises inside the walls, and Mr. and Mrs. Wood plan to deal with the problem just as soon as they leave their daughters at home and take an out-of-town trip!

1. "Don't Be Afraid of the Dark" (aired October 10, 1973 on ABC Movie of the Week): All you need to know about this film is that Guillermo del Toro produced a 2010 remake because he loved it so much as a kid. Kim Darby plays Sally, a woman who inherits her grandmother's house and, despite warnings, is bound and determined to open an old bricked-up fireplace where demons live who are determined to make her one of them. Del Toro says that as a kid, he and his siblings mimicked the movie by whispering "Sally, Sally" to scare each other.

What are your nominees for scariest made-for-TV movie? Let me know!