Is This the Man Behind "The Marvelous Mrs. Maisel"?

"The Marvelous Mrs. Maisel" returns to Amazon Prime for a fourth season on February 18, so go ahead and throw your elegant, immaculately designed midcentury chapeau into the air with delight.

Once you've done that, I'd like you to meet somebody ... 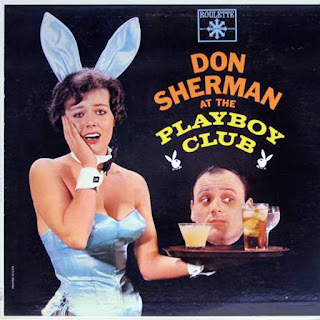 As illustrated above, Don Sherman played Playboy Clubs, which were located in major cities across the country. He managed Playboy Clubs. He was a writer for Joey Bishop. He was active into his later years as a comic on cruise ships. (You can read a great two-part interview with Sherman here and here, done by pop culture historian Kliph Nesteroff on his Classic Television Showbiz site.)

You might know her as Amy Sherman-Palladino, the creator and guiding force behind "The Marvelous Mrs. Maisel." 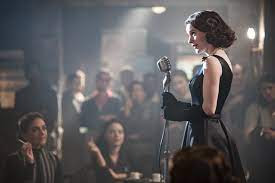 She's so devastated that she gets drunk on sacramental wine and heads to a Greenwich Village club. There she lets loose with a stream-of-consciousness monologue that dazzles the audience, impresses the club's hard-bitten, pugnacious manager Susie Myerson (Alex Borstein) and gets her booked for obscene language and indecent exposure.

Susie bails her out because she's convinced that Midge can be a comedic superstar, and she wants to be Midge's manager. The two women form a partnership that unfolds against the backdrop of the comedy landscape in the 1950s, where old-school comics like Bob Hope and Milton Berle, who told jokes written for them by other people, were giving way to cutting-edge comics who wrote (or improvised) and performed their own stuff, like Mort Sahl, Bob Newhart and Lenny Bruce, played here by a teddy-bearish Luke Kirby. 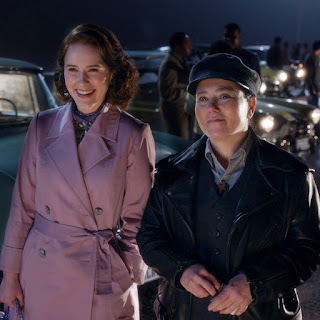 "The Marvelous Mrs. Maisel" is in love with this world of cars with big fins, women with big hats and agents with big cigars. It's shot in rich autumnal colors, filled with gorgeous sets and fashions and loves a good show tune as much as a dirty wisecrack. Sherman-Palladino, who also created "Gilmore Girls," is an ace at funny, snappy dialogue and the relationship between Midge and Susie reaches a Mary-Rhoda level of believability.

And there is at least one direct link to Don Sherman in "The Marvelous Mrs. Maisel": He was the longtime opening act for Johnny Mathis. One of Midge's big breaks comes as the opener for the very Johnny Mathis-like singer Shy Baldwin.

Beyond that, is "The Marvelous Mrs. Maisel" directly influenced by Don Sherman's career? As Midge herself might say, it couldn't hurt.